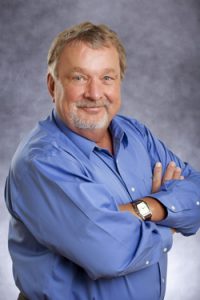 Casey’s career in computer graphics began in 1981. Before that, he worked as a journalist for a medium-size Midwest daily newspaper. His credentials include a journalism degree and supplemental training in corporate communications. He served on the Lorain (OH) Community College Journalism Advisory Board, where he also taught newswriting, reporting and newspaper layout/design.

His career with the General Electric Information Systems Divsion put him in the forefront of computer graphics with the Genigraphics Division. This technology laid the groundwork for Microsoft’s Power Point software, 3D animation and film output.

He got involved with the internet in 1991 when a customer approached him, asking for a way to increase their sales market without huge costs. Casey researched the web, learned about search engines (not many at that time!) and began his career as an web design/internet specialist. To be honest, the first web site was not much to look at by today’s standards, but it did the job! 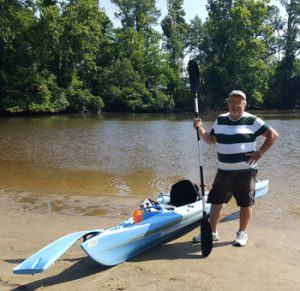 He believes in giving back to the community. He has volunteered on numerous civic and youth organizations for more than 20 years and continues that involvement here in Pitt County as Past President and one of the founding members, of the Business Networking East. He is also past president of his church council and served as Hockey Director and coach for the East Carolina Hockey Association’s Jr. Pirates Hockey Association.

He is also editor for the Pitt County Women’s Journal and Carolina Men magazines, a family-venture owned by East Carolina Publishing Co.

Tell Google not everyone sells pizza!

Why Google Reviews are not right for all businesses--except for the pizza guy. But not everyone sells pizza.Thousands-if not millions-of businesses are working hard to get their customers to leave 5 Star reviews about the business on the Google My Business Page. It's...
Read More

Digital Business Services thanks the staff at William F. Hill Attorney At Law in Greenville NC for a successful rollout of a new website. The law firm focuses on helping businesses large and small with legal issues, including patents, trademarks, creditors rights and...
Read More

What is the turn-around time for developing a web site from business plan to going live? That depends on your commitment to your internet marketing plan and how much of your time you want to give the project.

Self-proclaimed experts and offshore companies.
Unfortunately, digital marketing is a field crowded with many “wanna-be’s,” charlatans, and inexperienced offshore telemarketers who guarantee “first place resuts” in minutes for substantial contracts. There are “do it yourself” website creation services all over the web. It’s a tough and confusing situation. Best to talk with a pro first.

Here are some tips on how web pages are best optimized for Google and other search engines: Web programming that tells the search engines what pages to record in their databases, how often to visit and what not to include Your site’s TITLE (that's the description you...
Read More

Passed first Google Adwords Fundamentals exam this week! Now on to the next level, a grueling 2 hour, 100 question exam not intended for rookies! With rising popularity of mobile web searches upon us, SEO consultants need to stay on top of all marketing channels,...
Read More

Watch for our fun and informative Margaritas and Marketing coming in August!
Read More

Welcome aboard Porch Conversion of Charlotte

DBS is proud to announce Porch Conversion of Charlotte has hired Digital Business Services of Winterville, NC to boost their website traffic and business revenues through professional Search Engine Optimization and WordPress content management. They are a 4-time...
Read More